The KD 11 is hitting retailers and online sites soon in two new dope flavas. The first one we’re getting is called the KD 11 ‘Twilight’ which sort of is a blackout take on the new silhouette (That upper is more of a dark grey). If you know me, I love the all black look and the ‘Twilight’ KD 11 is no exception. Come on, who doesn’t love an all murdered out look, now all I’m waiting for is Nike to start naming their blackout colorways ‘Murdered Out’ but hey, you know how some people are, they might be sensitive and get offended by the colorway name . Besides my little black out colorway tangent, expect this colorway to release 10/1.

The second colorway to leak is dubbed the ‘Gold Splatter colorway and for obvious reasons. The upper is a dark Grey flyknit with some gold splatter print along the knit and dark black fuse overlays that have gold splatter print on them. To finish off the upper, the dark black heel cup and heel tab have gold splatter print that pops even more due to the black color used. Moving on to the midsole, Nike is using a dark camo print that is used along the entire midsole and outsole and really creates an intriguing colorway that we rarely see. Unfortunately this colorway doesn’t have a release date as of yet, but stick with Us and we got you guys covered. 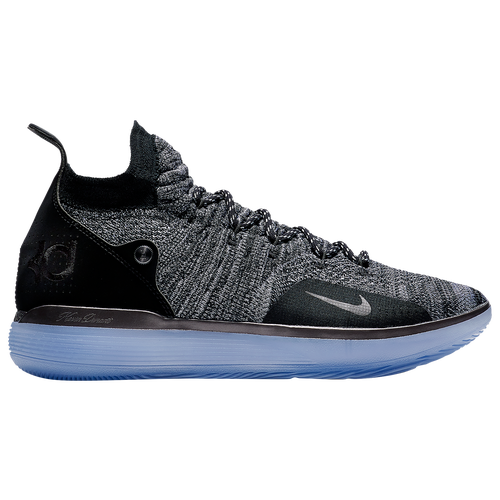