Right after Nike unveiled the Kyrie 5 and the awesome new Zoom Turbo cushioning we’re already getting hit with a leak of a dope new colorway! This new colorway is rumored to be the “Uncle Drew” colorway, although there isn’t any official confirmation of this rumor.

Regardless of rumors, y’all have got to admit this colorway is dope and it’s aweosne that we’re getting a look at this colorway this early on. Usually colorway like this pop up when the model has been out for quite sometime. The Uncle Drew Kyrie 4 released around the same time as the movie debuted, which makes the colorway release months after the initial Kyrie 4 release.

This new colorway sports a dope upper that is a blend of black, a light maroon, and silver. Aside from the colors, there is text above the swoosh reading “Unkle” with an atom above it. No word on a release date or if these are even releasing but stay tuned because best believe ya boy wants a pair of these as well!

Buy the Nike Kyrie 4 below: 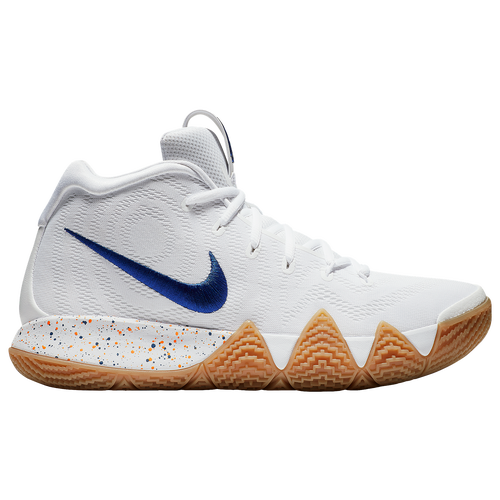