As we’re approaching the release date for the Nike Kyrie 5, we’re getting some glimpses of the highly anticipated model from Uncle Drew himself. This is just another shot of the same colorway he rocked on Media Day. This close up look shows us how the lacing setup looks, seems to be sort of similar to the Kobe AD Exodus with how spaced apart the medial and lateral eyelets are.

The overall look of the shoe looks more refined and streamlined than it’s predecessor, the Nike Kyrie 4. The toecap, like the Kyrie 4, has an overlay to protect against fraying and to add durability to the upper. The upper seems to be an engineered mesh like the Kyrie 4, but it’s too soon to tell. Keep in mind that the Kyrie 4 will be $130 instead of the usual $120 we’re used to with the Kyrie line, so expect there to be tech upgrades with this model.

This angle confirms that this is in fact the Kyrie 5, with some speculating that Kyrie was wearing a Nike tennis model. You can clearly see the Kyrie signature logo on the tongue tab and a Kyrie Irving signature on the middle of the tongue. This leak is all we got so far, looking forward to bringing you more pics and tech specs when we get that info. Until then keep it locked in to One on One Testers and The Sneaker Bulletin for the good stuff.

Purchase the Nike Kyrie 4 Below: 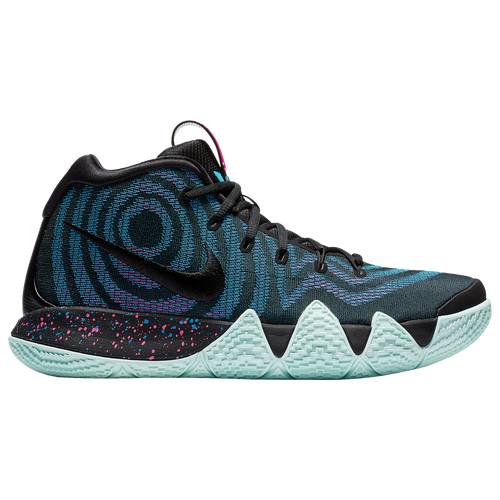 0 comments on “Another Glimpse of the Nike Kyrie 5”